Quinta do Javali - one of the Douro Valleys many amazing producers
Niklas Jörgensen Nov. 1, 2018
LIVETS GODA [VIN PREMIUM]
The name appeared for the first time on my radar a number of years ago, Quinta do Javali. Perhaps not one of the most famous in Douro, but the wines certainly belongs to the top segment, and then the owner António Mendes has only run the family property under his own label since 2000. It is time for more people to discover this brilliant producer of table wine as well as port wine in the Douro Valley - not least the fascinating Ribas Lira.
Antonio’s property is close to Nagoselo, after passing the center of the valley, Pinhão. The river bends again south before the city of Viseu and then flows on to the Spanish border. Javali has been around since 1839 but then under other name and not present as in Portuguese, wild boar means. Antonio’s style is unmistakably Douro but still with a more careful hand with the oak and a fresh structure, something that certainly can be related to the vineyards turning north-east. The slightly less sun exposure is beneficial to the table wines that do not seek the same concentration as Port, and Quinta do Javali belong to the circuit that utilizes this in the best possible way.
Slate dominates the earth, typical of the central parts of Douro and Javali, although half the vineyard was transplanted after the turn of the millennium, has access to a lot of age ranges, which ensures a developed root system. The rankings grow in so-called patamares that became popular in the early 1980s when the time-consuming work on stone walls was increasingly abandoned. Easier to handle but there is also a risk with the exposure, and the erosion is always a risk.
Quinta do Javali is represented in Sweden and we have tried wines from the importer's portfolio - and they certainly impress. 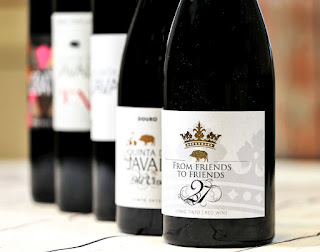 Table wines
2012 Quinta do Javali Vinhas Velhas (Article 77437 BS, 353 kr)
The wine that got the undersigned to get the eyes of the property was this Vinhas Velhas, old vines, a wine that you would like to return to. 2012 was a hot year but if someone manages heat phenomenally well, that is Douro. And old ranks, of course, that does not suffer from heat stress in the same way, thanks to the deep root system.
Among Javal's premium wines, Vinhas Velhas is undoubtedly the fanciest one. Still ready for power, but everything is all together in a good way and it becomes more complex. The oak still dominates, but it integrates with age and will reveal more violets, herb bouquet, the oozing crushed stones, and the fruit that goes more towards cherries and plums. On the palate, a deliciously structured wine, with generous berries, dense tannins, depth and harmony. Young but available today, even if it will get even better in a few years. It breathes of finesse and once the oak has settled, it will become even more complex. The delight with Douro here, the old ranks, which really gives a unique wine.
The impression: 93/100 LGP 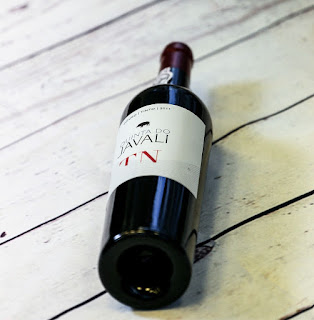 2011 Quinta do Javali TN (Article 73010 BS, 679 kr)
Something of a blockbuster, this touriga nacional, from the so acclaimed 2011 vintage. However, what is always worth considering when vintage charts are consulted, especially in the case of Douro, is that the focus is entirely on the port. And the preferences of the fortified fruit that are important for a good growing season are not necessarily the same for table wine.
Here, however, it went well but TN is not a wine you open today because it is still unresolved and the oak dominates. But the wine is still good, really good, and patience will reward you. Here it is dark as night and initially a bit tied. Thus aeration, and the wine is actually tested over two days, confirming the great potential. The violets, typical of the grape, peeking out, dark fruit a la blackberries and black cherries, spice-rack, roasted shades and a nice rocky feel with licorice root on top of it all. Depth, density, and a bombardment of fruit. The taste is cocky, the tannins makes themselves known, but the generosity of the dark fruit makes it balanced. So also makes the acidity, distinct and adds freshness. Still oaky, but day two shows that it is integrated. Buy, forget for at least five years, and bring it out to your favourite meet dish.
The impression: 93/100 LGP

2007 Ribas Lira FTF 27 (Article 75052 BS, 593 kr)
Undoubtedly a unique wine that stands out. The color indicates a certain age in view of the brick nuance that the wine's edge has, even though the core is deep ruby ​​red. The bouquet immediately takes a real grip on the tester and initially it is the real power pack. But aeration causes the wine to drop the guard and it is becoming increasingly complex; especially when tested a few hours later, the bouquet has developed a depth that offers everything from tobacco, leather, spice-rack, dark berries - especially black currants and plums - and then the salt and slightly smoky minerality, typical of the granite and slate rich soil in Cima Corgo. It is extremely cautiously volatile, in an elegant way.
The taste is dense, full of impressions, yet harmonious in its structure. The freshness impresses and the acid is spicy for a Douro-wine, much thanks to old vines. The flavors move from the fresh tobacco, dried figs, oolong tea and leather, to sun-dried black currants, dark plums and flavors of oriental spices. It also shows a splash of crown dill when the wine is allowed to breathe for a couple of hours further. The aftertaste lingers beautifully, for a long time. The impression is maybe a bit robust, but the feeling is that it will have smoothed down with age. Despite the fact that Ribas Lira has already reached a decade, this is a young wine with a great future. The patient can certainly expect 10 years of further development.
Ribas Lira FTF 27 has a lot of similarities with another big wine on the other side of the border, Vega Sicilia Unico. Perhaps it is the long aging in barrels that is the common denominator; the 2007 has ten years in a 500-liter barrel (!). 755 bottles were produced in the first vintage of the wine and it is an experience to try. And one of whom we like to get acquainted with again in a decade.
The impression: 94/100 LGP 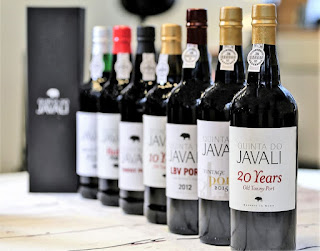 Port wines
2012 Quinta do Javali Late Bottled Vintage Port (Article 72581 BS, 259 kr)
An extremely serious LBV that was stored four years in large old barrels of 9,000 liters. The idea of the Late Bottled Vintage Port is just to give an accelerated maturity and a small indication of Big Brother, Vintage Port. António works really well with this and here we have a version that does not see filtering before bottling, which gives better ability to age and shows that you take your LBV seriously.
The bouquet has some maturity and attracts both tobacco and some nuttiness, while dark plums are present in the scent spectrum. Dried herbs, spice-rack, licorice, clay dough and a cherry tone also show up. For an LBV, more density and less effort. On the palate, good pressure in the tannins, intensity in the fruit and refreshingly plummy acid. Slightly jammy, but on the right side. A wine that definitely can be stored for several years.
The impression: 91/100 LGP 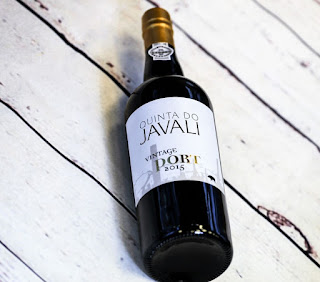 2015 Quinta do Javali Vintage Port (Article 71894 BS, 645 kr)
It is discussed which of the years is best, 2015 or 2016 when it comes to Vintage Port. Many declared 2015, much thanks to the very rich fruit and big names like Niepoort celebrated it as one of the prime ones for them. But then came 2016 which is significantly cooler, has more finesse and sharpness in taste. Taylor's was at the forefront and did not declare 2015. Evil tongues began to say that everything was about finances, that 2016 simply was a bigger crop. Whatever you think, it's easy to find that there are two great vintages with clear differences.
Javali has done the Vintage Port both years. Smaller houses do so and have let go of the old unwritten rule of a maximum of three vintage per decade. Their 2015 belongs to the mushy style of sun ripe dark plum fruit, black cherry, florals, herbs, licorice and dark chocolate. Promising bouquet that also has the power in the taste with tannins wrapped in sweetness, acidity and tons of fruit. Balanced, structured and with a promising future even if it is a Port that will be enjoyable relatively early, guessing from the age of 15+.
The impression: 93/100 LGP
10 Years Old Tawny (Article 74528 BS, 353 kr)
Tawny is the Douro Valley's most underestimated wine. It works as a finish for most types of a meal, from fresh fruit, chocolate and cheese, while an opened bottle keeps the vigor for a long time.
Javal's ten-year-old is on the fresh scale, still fresh impressions where the berries has not yet been taken over by wood and tobacco. The latter are included but does not take over, there is a nice, lightly perfumed bouquet of figs, red berries, spice-rack, and chocolate. On the palate, also spicy and alert with good intensity, sharpness and fruit. Drink it slightly chilled to emphasize the fruit even more.
The impression: 92/100 LGP
20 Years Old Tawny (Article 74967 BS, 581 kr)
One step up, of course, compared to the younger one, yet it is not a typical twenty-year-old, here too, the blend feels alert with maintained freshness. Fig marmalade meets moist tobacco, oriental spices, dried herbs and flowers and a splash of ground coffee beans and dark chocolate. Delicious nose! The taste almost simmers in viscosity, dense but with an acidity that feels younger than many tawny and the finish is spicy, long. An impressive wine!
The impression: 94/100 LGP
Importer: Chastel Beverage.
Startsida
Prenumerera på: Inlägg (Atom)